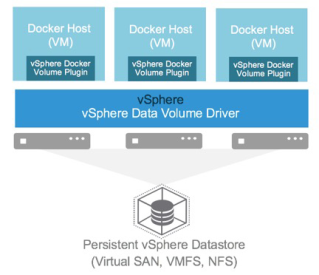 Today VMware announced that it has joined the Docker Certification program. VMware goes on to announce that its vSphere Docker Volume Service (vDVS) plugin will now be available in the Docker Store. The certifications proves that VMware vSphere Docker Volume service has been thoroughly tested and validated by Docker and confirms to customers that it is supported and built according to best practices while being evaluated for security as well.