So you decided to build your own home lab. Now what? Building a VMware home lab is one of the best ways to learn about VMware – check out this guide.

ESXi 6.5 Installation Step by Step – via Virtualization the Future

via Virtualization the Future 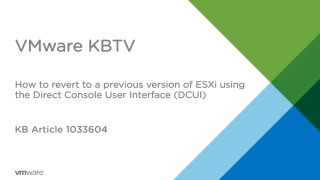 How to revert an ESXi host to a previous…

This video demonstrates how to revert an ESXi host to a previous version using the Direct User Console Interface (DCUI).

A no-fuss guide to an ESXi 6.5 upgrade – via TechTarget 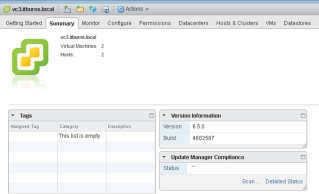 A no-fuss guide to an ESXi 6.5 upgrade

The latest version of VMware vSphere comes with a substantial version upgrade for its core hypervisor platform. Implement an ESXi upgrade by following these steps. 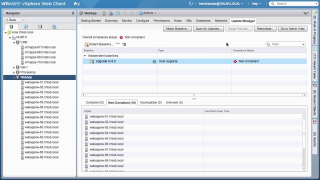 In VMware vSphere 6.5, Update Manager (VUM) is now fully embedded with the vCenter Server Appliance (VCSA). See an overview of the user interface and how to upgrade a cluster to VMware ESXi 6.5. 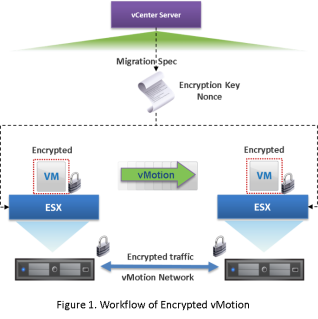 With the rise in popularity of hybrid cloud computing, where VM sensitive data leaves the traditional IT environment and traverses over the public networks, IT administrators and architects need a simple and secure way to protect critical VM data that traverses across clouds and over long distances.

Today we’re happy to announce version 3.0 of the HTML5 based vSphere Client Fling. For a long while we’ve been running with 2.x, but now there’s a big enough change that warrants a new version. There are a few big things available now (3 new, one very recent) which are worth highlighting:

Ever since we announced vSphere 6.5 at VMworld Europe 2016, the reaction we’ve heard has been overwhelmingly positive. It’s easy to see why, with major new features in areas ranging from vCenter Server and the VCSA, to Security, to the new developer and automation APIs and CLIs. vSphere 6.5 also features important enhancements to core The post What’s New in vSphere 6.5 Paper appeared first on VMware vSphere Blog .

Test-drive the full capabilities of vSphere 6.5 by running the new hands-on lab! 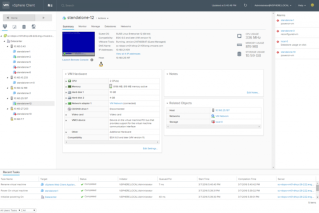 Test-drive the full capabilities of vSphere 6.5… 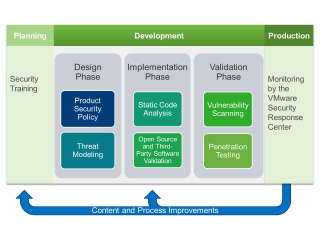 I had the pleasure of joining my first ever internal security conference called MooseCon (Making Our Organization Security Experts Conference). There were a variety of topics discussed, but one particular talk by Noah Wasmer, Senior Vice President of Mobile Products, stayed with me the most. Noah discussed recent cyber attacks in the news, and he asked, “If you were on the front page of the Wall Street Journal because of a security breach, what would that do to your business?”

Upgrade vSphere 6.0 to 6.5 by Offline Bundle

Upgrade vSphere 6.0 to 6.5 by Offline Bundle

5 Things You (and Your Clients) Need to Know about vSphere 6.5 — MSPmentor Blog 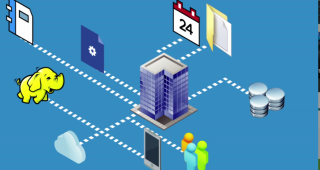 5 Things You (and Your Clients) Need to Know… 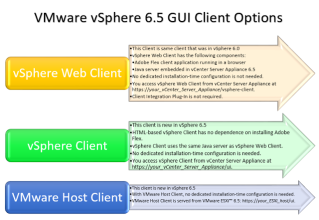 As vSphere 6.5 came with a lot of changes, one of the change in this is new GUI clients (Old vSphere Client is DEAD now). Let’s have a look…Read More

Its refreshing to see VMware put efforts and focus on security features in the vSphere 6.5 release this year. VM encryption, vMotion encryption and VM Secure boot are a few to name. I will briefly …Read More 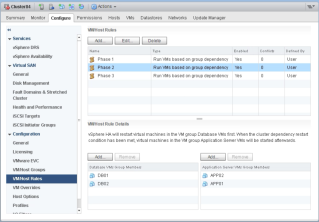 Last year we introduced Project Bonneville. The idea behind it, at the high level, is that there is a strong parallel between the constructs Docker uses inside a Linux Docker host and the constructs ESXi uses as a hypervisor. In the final analysis what project Bonneville allowed you to do is to run a docker The post What’s New in vSphere 6.5: vSphere Integrated Containers appeared first on VMware vSphere Blog . 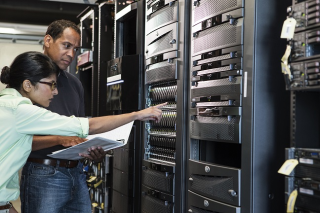 Be ready to take advantage of all everything vSphere 6.5 can provide with training from VMware Education Services.

How to create a USB media with ESXi 6.5 Installation – vladan.fr 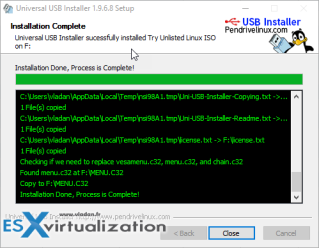 How to create a USB media with ESXi 6.5…

A few days back we learned about How to upgrade our ESXi 6.0 host via ISO or CD-ROM. Not every server today has a CD-ROM drive, so as an alternative, USB flash drive is usually used. But you need to prepare this USB media and create an installation USB stick first. Today we’ll show you […] Read the full post How to create a USB media with ESXi 6.5 Installation at ESX Virtualization. 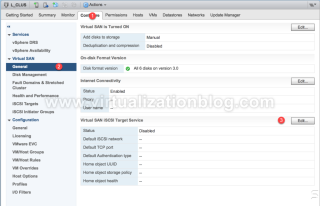 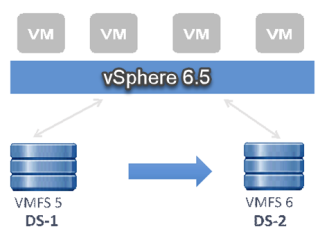 VMware vSphere 6.5 has also new updated file system VMFS-6. We haven’t talked about it just yet, as there is so much to cover. We have covered so far the vCenter upgrades, ESXi upgrades (via ISO/CD-ROM, but also via VMware Online Depot or Via “Offline Bundle”.

This paper will discuss the new and enhanced features in vSphere 6.5 across various areas of technology.

This paper will discuss the new and enhanced features in vSphere 6.5 across various areas of technology. 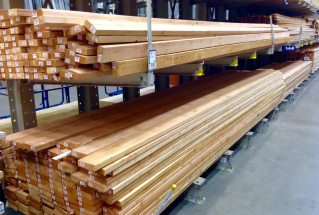 With VMware vSphere 6.5 released recently, I decided to rebuild my Intel NUC based homelab.

vSphere C# Client officially gone in vSphere 6.5 but what are the HTML5 client limitations – vsphere-land.com 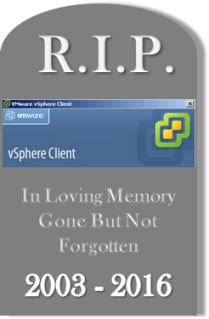 Earlier this year I wrote about the end of life for our beloved vSphere C# thick client. Now that vSphere 6.5 is here VMware delivered on their promise to eliminate the C# client in vSphere 6.5 in lieu of the new HTML5 client that they have been working on to replace the current flash-based vSphere web client that everybody hates on.

This document supports the version of each product listed and supports all subsequent versions until the document is replaced by a new edition. To check for more recent editions of this document, see http://www.vmware.com/support/pubs

ESXCLI is a powerful command line tool on an ESXi host. You may need it for troubleshooting, configuration or for automated ESXi installations by using a kickstart file. I’m having a esxcli c…Read More

I recently attended the Orlando VMUG Usercon and had been discussing many of the great features of the vSphere 6.5 release that was announced at VMworld Barcelona. I began to chat with Rob P., an attendee of the conference, about VCSA backup.

Get This Week’s List of VMware’s Solutions That Went GA!

The below are the list of VMware solutions that have been Generally Announced (GA) for this week Be sure to know about these and especially look at the details surrounding the vSphere/vSAN 6.5 announcement!!

Get This Week’s List of VMware’s Solutions That Went GA!

The below are the list of VMware solutions that have been Generally Announced (GA) for this week Be sure to know about these and especially look at the details surrounding the vSphere/vSAN 6.5 announcement!!

vSphere 6.5 has introduced a new VMFS version 6 and there are a few changes in it compared to VMFS version 5 that you should be aware of.

vSphere 6.5 has introduced a new VMFS version 6 and there are a few changes in it compared to VMFS version 5 that you should be aware of.

vSphere 6.5 is now available and with every release VMware makes changes to the configuration maximums for vSphere. Since VMware never highlights what has changed between releases in their official Configuration Maximum 6.5 documentation, I thought I would compare the document with the 6.0 version and list the changes between the versions here. 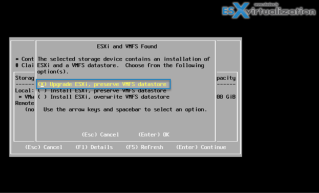 One of the methods of upgrading VMware ESXi 6.0 to 6.5 is via ISO (or CD-Rom). Most of you probably don’t use much CD-ROMs and CDs, but servers, especially in small client’s environments usually don’t have KVM, iPMI, ILO, Drac… so one of the options is still to upgrade via CD-ROM. 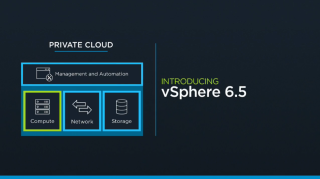 Today, we are excited to announce the general availability of VMware vSphere 6.5 along with new releases of other SDDC components: VMware vSAN 6.5, VMware vRealize Automation 7.2, VMware vRealize Log Insight 4 and VMware vRealize Operations 6.4. Together, these products help IT more efficiently run, manage, and secure their applications both on- or off-premises. 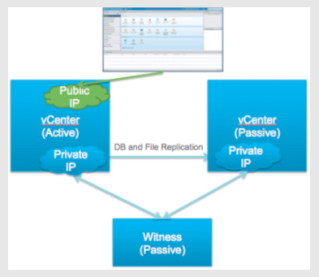 We have an announcement from VMware about vSphere 6.5. I will check this on VMware’s hand on labs (labs.hol.vmware.com) and try to synthesize it here. These labs a are sleek way to experience VMware products without the hassle of setting up everything in your personal lab. 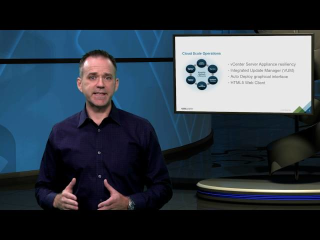 Learn about several of the prominent technology innovations and improvements that will further propel vSphere’s lead in manageability, security, and application delivery. vSphere 6.5 was announced at VMworld Europe 2016.